In his latest book, Adam Grant suggests how you can better champion your ideas, especially if they go against the grain. In this book note on Originals: How Non-Conformists Move the World (available on my Bookshop and Amazon*), I tried to pick pointers that would be most helpful for women.

Before moving forward, I should note that this book is not limited to advice on how to champion your ideas; there is much more. Indeed, you can find fascinating insights on a variety of topics, including:

I chose to focus this book note on how to champion your ideas because, sadly, as Dr. Grant notes, there is still a lot of evidence that when women speak up, they are less likely to be followed and more likely to be disliked compared to their male counterparts. So, I write this to encourage you to voice your ideas and offer his tips on how to be heard.

First, “originality” is neither a gift nor something you are born with. To have good ideas, you must generate a lot of them.

It is widely assumed that there’s a tradeoff between quantity and quality–if you want to do better work, you have to do less of it–but this turns out to be false. In fact, when it comes to idea generation, quantity is the most predictable path to quality…. Many people fail to achieve originality because they generate a few ideas and then obsess about refining them to perfection.

This point is particularly important for women because so many talented and caring women are indeed perfectionists. We need to be less afraid of coming up with bad ideas and simply generate many many more.

Second, you don’t have to be fearless and confident to champion your ideas.

Adam Grant and other researchers have instead found that successful entrepreneurs tend to be doubtful and risk averse. While we tend to admire the first ones to take something new to market,”pioneers.” as leaders and discredit those who are more cautious to launch, “settlers,” as merely followers, we don’t realize that:

Pioneers were about six times more likely to fail than settlers…. Risk seekers are drawn to being first…. More risk averse entrepreneurs [however] watch from the sidelines, waiting for the right opportunity…. Settlers improve upon competitors’ technology to make products better… [and] can observe market changes and shifting consumer tastes to adjust accordingly.

Third, as a woman, champion your ideas by first earning status, then by speaking on behalf of others.

When people sought to exert influence but lacked respect, others perceived them as difficult, coercive and self-serving….. Earn status by becoming part of the system and then changing it from within….

Extensive research shows that when women speak up on behalf of others, they avoid backlash because they’re being communal.

Leading with weaknesses of your ideas disarms the audience… [and] makes you look smart…. Being upfront about the downsides of your ideas… makes you more trustworthy… [and] it leaves audiences with a more favorable assessment of the idea itself…. [because you] made it harder … to generate their own ideas about what was wrong.

Finally, make it easier for others to process your idea by making it familiar.

We often undercommunicate our ideas. They’re already so familiar to us that we underestimate how much exposure an audience needs to comprehend and buy into them…. An unfamiliar idea requires more effort to understand. The more we see, hear, and touch it, the more comfortable we become with it and the less threatening it is.

So, how might you begin to champion your ideas? 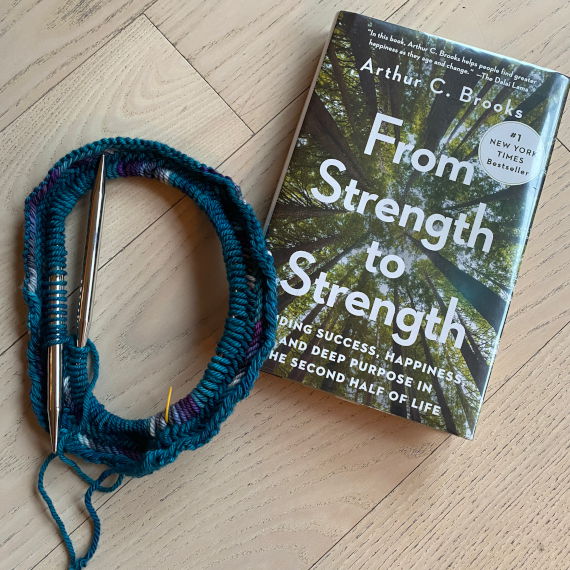 Are you unhappy despite success? Arthur C. Brooks wrote his book, From Strength to Strength: Finding Success, Happiness, and Deep Purpose in […] 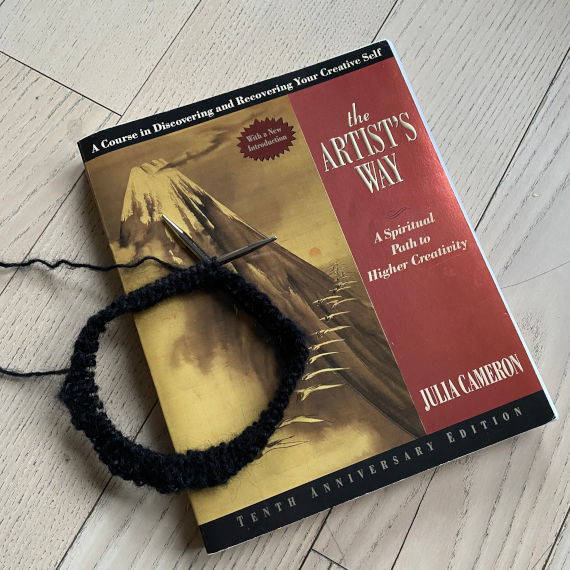 I love how Julie Cameron reminds us how to avoid taking leaps and to instead focus on baby steps. Her book, The […] 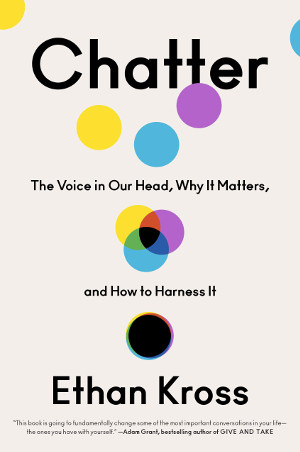 Stacy’s Book Note on Chatter summarizes key take-aways that she deems most helpful to smart and caring women. Aside from the affiliate […] 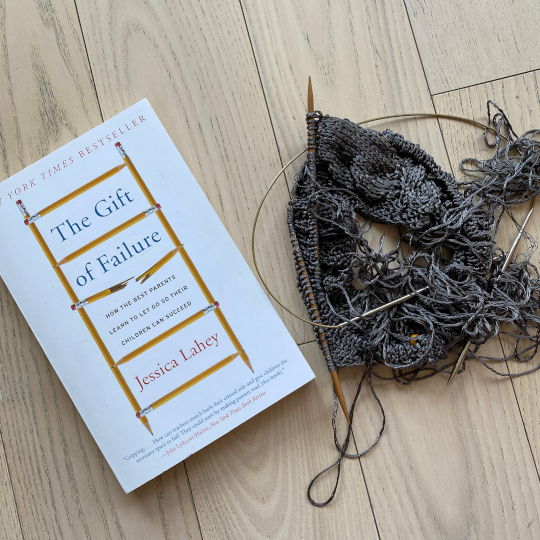 I appreciate how Jessica Lahey delineates having high standards from being controlling. In her book, The Gift of Failure: How the Best […]